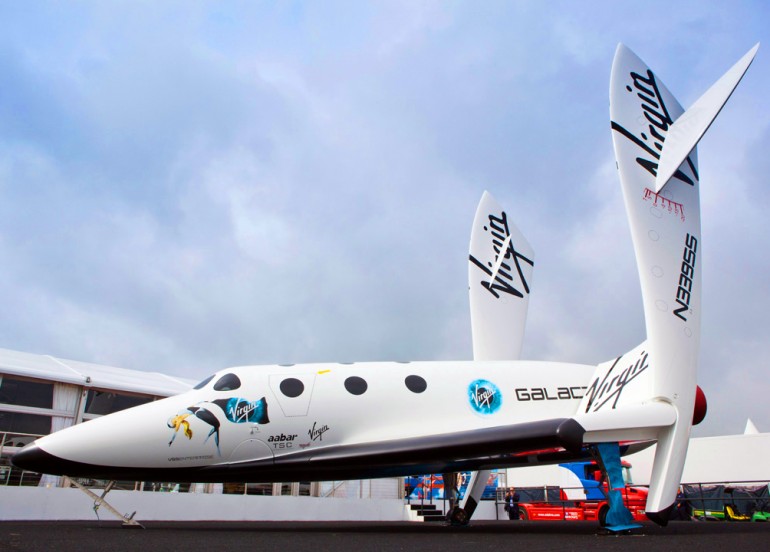 From the ground up in 4 months we have just completed a life size replica of Virgin Galactic’s SpaceShipTwo, which was the star attraction at Farnborough International Airshow this week.

At a reception hosted by Sir Richard Branson to announce the release of Launcher One many of the future astronauts were present & and there was a real buzz as they got a sense of the journey they would be undertaking & the craft they would be travelling in.
” Perfection at any Size ”

From initial CAD work through to setting up on site SpaceShip Two was made in house by the Curvature Group.
Tools & fibreglass moulds were created using our state of the art large scale CNC machining capability. The components were then assembled around a steel structure and lovingly hand finished by our team. We also designed and manufactured the steel transportation system to move it on to other locations around the world. Everything left our our workshops on a convoy of lorries ready for assembly onsite.

Applying to this truly huge project the same perfectionism & attention to detail that we do on our smaller scale work the result was outstanding & has been well received by all. We were chuffed to meet one of the Virgin Galactic test pilots who commented our SpaceShip ” was better finished than the real thing ” !

Also on display at the show were smaller scale models we produced of White Knight, SpaceShip Two & Launcher One.
Talks are underway to locate the SpaceShip outside an iconic London landmark after the airshow so keep your eyes peeled… 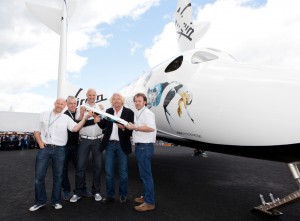